Massimilano Allegri warned AC Milan to expect a "tough" test against Tottenham Hotspur FC who, despite Gareth Bale's absence, are looking to win according to Harry Redknapp. 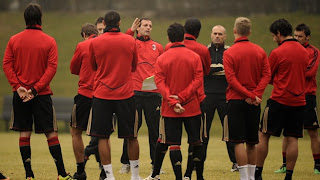 AC Milan coach Massimilano Allegri considers Tottenham Hotspur FC to be a real threat in the first leg of their UEFA Champions League round of 16 tie on Tuesday despite the absence of injured wide man Gareth Bale, so impressive when Spurs played FC Internazionale Milano in the group stage. Tottenham manager Harry Redknapp lent weight to his counterpart's words with his warning that, despite their injuries, his team would be going for victory in Italy.
Massimiliano Allegri, Milan coachIt doesn't matter if Bale doesn't play because Tottenham have done well recently without him. They are a tough side, very well organised with a good team spirit. Some of their players have real quality.

There's a chance that [Clarence] Seedorf will play from the start. In midfield I only have [Gennaro] Gattuso, Seedorf, [Mathieu] Flamini, [Alexander] Merkel and [Marek] Jankulovski available, but I can also use Thiago Silva if needed. [Massimo] Oddo or [Ignazio] Abate will play at right-back, but whoever I choose will be ready to do well. Abate has fully recovered and Oddo played some good games recently. Milan's aim is to go as far as possible in this competition, so we have to go through this round.

The best teams are in this competition, so from now on we can't afford to make any mistakes or we will be eliminated. In the last two seasons Milan were eliminated by English sides so we have to be careful. Statistics mean nothing to me now and I think that my team have a great chance to qualify for the quarter-finals.
Harry Redknapp, Tottenham managerWe want to win tomorrow, it's important to get a good result. The atmosphere in these international competitions is always very good, and we already proved that we can do well in Europe. We have a few players out, but Milan also have some injured players. Tottenham are writing a beautiful story this term in the Champions League, it's another level of football. The Premier League is a great league but this atmosphere is really wonderful, especially for the supporters.
Milan are a great team, but we are a great team as well. They're above Inter now but Inter are also not bad. When we lost 4-3 against them it was like a victory for us, because we went back home thinking that we can scare everyone if we want. I'm happy with the draw, it's nice to play such games, against a team like Milan.
Team news
Milan
• With captain Massimo Ambrosini (thigh), Andrea Pirlo (knee) and Spurs old boy Kevin-Prince Boateng (Achilles) absent, Allegri is short of midfield options and may move Thiago Silva upfield with Mario Yepes taking his place at centre-back, next to Alessandro Nesta. Nicola Legrottaglie (head), Nesta (shoulder), Ignazio Abate (thigh) and Luca Antonini (hamstring) have all recovered from injuries, as has second-choice keeper Marco Amelia (hamstring).
Tottenham
• Gareth Bale has not recovered from his back injury and did not travel. Peter Crouch (back) and Rafael van der Vaart (calf) missed the weekend's Premier League action but should be fit. Luka Modrić is unlikely to start after an appendix operation while Younes Kaboul (knee), Ledley King (groin) and Tom Huddlestone (ankle) are still injured, and Jermaine Jenas is suspended.
Weekend results12/02/11 Milan 4-0 Parma FC
(Seedorf 8, Cassano 17, Robinho 61 65)
Seedorf scored his first goal since 24 April to maintain his record of having registered in all 12 seasons he has played in Serie A. Allegri's side are ten matches unbeaten in all competitions, winning six.
12/02/11 Sunderland AFC 1-2 Tottenham
(Gyan 11; Dawson 44, Kranjčar 57)
For the second successive week Niko Kranjčar scored the decisive goal in a 2-1 victory, following his added-time effort against Bolton Wanderers FC on 5 February. Michael Dawson struck his first goal in 45 games, since a 2-2 draw at Everton FC on 6 December 2009.
Did you know?
Tottenham prevailed in the clubs' one previous two-legged encounter in the 1971/72 UEFA Cup semi-final. Keeping goal for Milan was Fabio Cudicini, father of Tottenham's reserve custodian Carlo.
See the match background for more information. 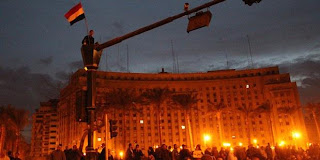 CAIRO, KOMPAS.com - satellite television channel Al-Jazeera said the six journalists for the Home section was released after being arrested in Egypt on Monday (1/31/2011).

Can Google's nickname 'King of Malware' 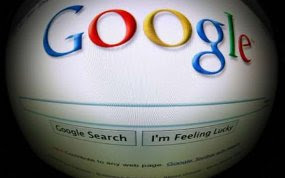 Jakarta - Also referred to as the internet giant, Google is now getting a new nickname. Internet security firm Barracuda Networks refer to Google as the 'King of Malware'.


Provision of this title is not without reason. Because the data released by Barracuda Networks said, malware or a malicious program on Google two times more than the combined malware that is owned by three competitors Bing, Yahoo and Twitte 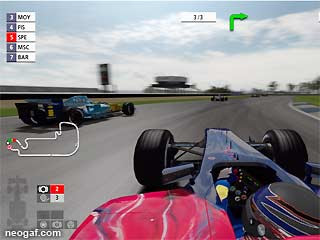 The Chinese government finally make laws online game the first time to cope with the high increase in this gaming industry. So that was reported by local media on Sunday (eighth).


This law created to protect children from Internet addiction and Internet content that is inappropriate. This action made by the government after many cases of deaths of children in special rehabilitation centers for young people who are addicted to the internet last year.


This regulation, which was originally announced by the Ministry of Culture in June, declared that online games are targeted for children should be free from all content that leads to behavior that violates the moral, social and legal, according to Chinese official media, Xinhua News Agency .


Under the new law, gamers will be asked to register using their real names before joining in the online game. And conversely, an online game developer will also be asked to make a restriction to limit the time children spend time playing the game. 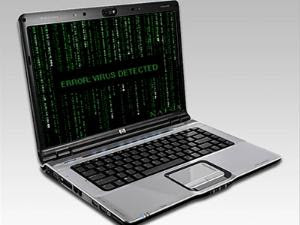 Microsoft announced their plan to bring updates about problems on the shortcut in Windows, on Monday when the United States. The problem was only discovered about two weeks ago.

The problems highlighted by Microsoft is using the file with the extension. LNK that exploit security holes, and the software giant said it is necessary to take corrective action beyond the ordinary.

As quoted from ArsTechnica, Sunday, August 1, 2010, Microsoft generally deliver security patches every second Tuesday of every month. Prior to this security hole is found, routine fillings Microsoft is scheduled to present on August 10, 2010.

Launching an eight-day patch more quickly than the schedule should indicate the severity of these vulnerabilities. The operating system that will be patched are all versions of Windows that is currently supported by Microsoft.

So far, there have been several families of malware that exploit a gap in the. LNK, including Saliti.AT which includes very dangerous.

For information, Sality.AT not only have a very wide variance, but also can infect other files that make the elimination of the virus after infection is difficult. He also mengopikan themselves to removable devices, disable security features, and download other malicious applications.

Microsoft saw a trend increase in attacks using such methods and is becoming increasingly widespread. To that end, Microsoft's security team believes that the patches must be provided as soon as possible. (Art) • VIVAnews
Diposting oleh Andri Reborn di 10.48 Tidak ada komentar: 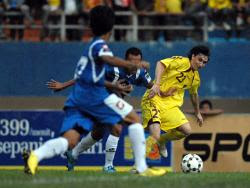 Solo - For the third consecutive Cup trophy back to Indonesia after Sriwijaya FC Palembang Indonesia in Parta Arema conquer the final with a score of 2-1.

In a match that was held at Manahan Stadium, Solo, Sunday (01/08/2010) night WIB, Srivijaya and Arema play in the first round after a draw at minute 19 'Singo Edan' Noh Alam Shah who lost dikartumerah.

Match itself was delayed for an hour due to "intervention" Central Java police chief Inspector Alex Bambang Riatmojo who asked the referee will be replaced during the second half begins.

Sriwijaya goals were created in the 48th minute goal by Keith Gumbs and Pavel Solomin Kayamba in minute 79.

While Arema had equalized in the 71st minute goal from Mohamed Ridhuan.

This victory also extended the domination of 'Laskar Wong Kito' in the arena of Indonesia Cup / Copa Indonesia in the last three seasons. In seasons 2008 and 2009, Srivijaya became champion after defeating the same opponent, Persipura Jayapura.

As for Arema this means the failure of their mission to score double winners after the previous champion ISL.

But the first chance SFC obtained in the 9th minute through kick Keith Kayamba maximize bait Anoure Obiora. Unfortunately the ball deviated from the target.

Two minutes later turn Pavel Solomin who almost scored a goal. But the ball rolled toward the goal quickly swept away by Benny Wahyudi.

In the 19th minute Arema should lose Noh Alam Shah who dikartumerah referee put his feet too high due to the Precious Emuejeraye.

Issuance of Arema captain on the game had sparked anger Aremania behind the bench and threw water bottles Sriwijaya direction.

Action was a little brutal time to make the Central Java police chief Bambang Riatmodjo Alex took to the field and approached the bench of both teams with facial expression of emotion.

While Arema several times to steal the opportunity through a counterattack. Until halftime score was still as strong 0-0.

15-minute recess was extended until nearly an hour. That caused the intervention of Central Java police chief, Alex Bambang Riatmodjo, who asked the referee was replaced on the basis of security reasons.

Three minutes into the second half of Sriwijaya finally able to break the deadlock through goals scored by Kayamba.

Afterward Arema still be under pressure Sriwijaya. In the 60th minute kick Ponaryo Astaman hull can still be ignored by Kurnia Mega.

Arema finally able to equalize in the 71st minute. Starting the ball wild corner of the football results, Zulkifli lure cross the ball into the penalty box and Ridhuan that emerged from behind the net with ease menyonteknya Hendro Kartiko.

Solomin in the 79th minute to bring Sriwijaya back ahead. Bait gastric Ambrizal received Solomin who escaped the offside trap and coolly beat Kurnia Mega under the rule.

In the 83rd minute goal Kurnia Mega almost collapse after crossing M Nasuha from the right side Solomin greeted with thighs that directly led to the goal. Luckily it swiftly Arema goalkeeper can catch the ball.